Home › RESEARCH › The Tsunami and the boundary layers physics

The Tsunami and the Quantum Dynamic Reaction of Water in the Boundary Layers?

A space geometric solution of the tsunami potential via the repulsion-attraction force field of water (Lennard-Jones Potential) in the boundary layers of earth plate tectonics? 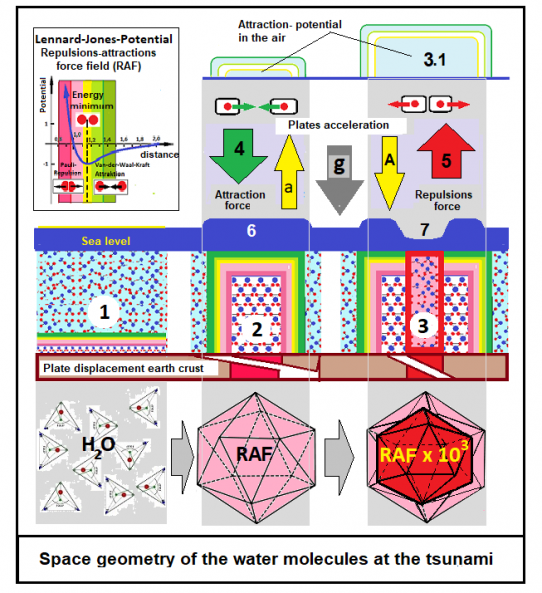 The energy potential of a tsunami is dependent on the vertical volume of the waterspout over the boundary layer plate and the time scale in which the change of direction of the acceleration of the water mass against and with earth's gravity takes place.

Space geometrically according to the Lennard-Jones Potential in the acceleration phase (a) against earth's gravity (g) the water molecules are driven apart (1) and via the Van der Waal forces (4) of the  repulsion-attraction force field (RAF) in grid formation (2) are bound with stabilising hydrogen bonds. This coincides with the rising of the sea level (6) with the simultaneous change of water density (increase in volume) in the activated waterspout.

With the subsequent acceleration of the waterspout in the direction of earth's gravity coupled with the falling of the sea level (7), the space geometry of the RAF (3) densifies  until the repulsive Pauli force (5) steers against it and thus releases a gravity-free horizontal energy surge for the dangerous tsunami potential in the ocean.

With living beings the RAF in both boundary layer areas of water and air is controllable through the electric cell membrane potential and, therefore, offers itself as a quantum dynamic information transponder. 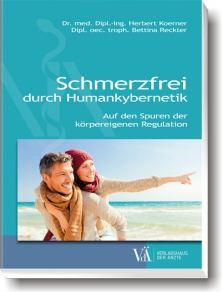