Is the basis of microbiological cybernetics the water at the cell boundaries, which enables signal control functions in the body of living beings with a tetragonal repulsion attraction force field (RAF)?

For the explanation of this observation one can exclude the influence of electromagnetism and the earth's magnetic field, since the glasses come to a standstill in clearly different directions.

In the body of living things, water has a tetragonal memory?

The film was recorded in 1:15 time lapse

With a tetragonal water memory (grid structure) a maximum of 4 resting positions would be possible? 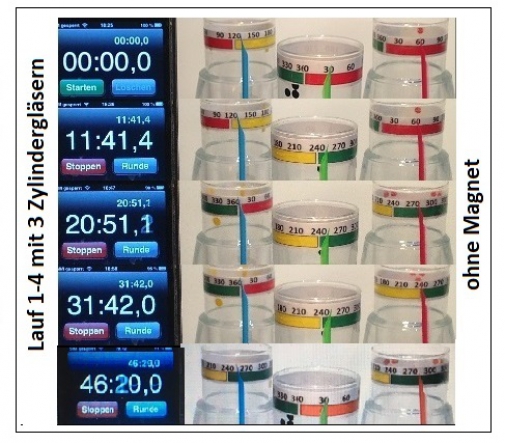 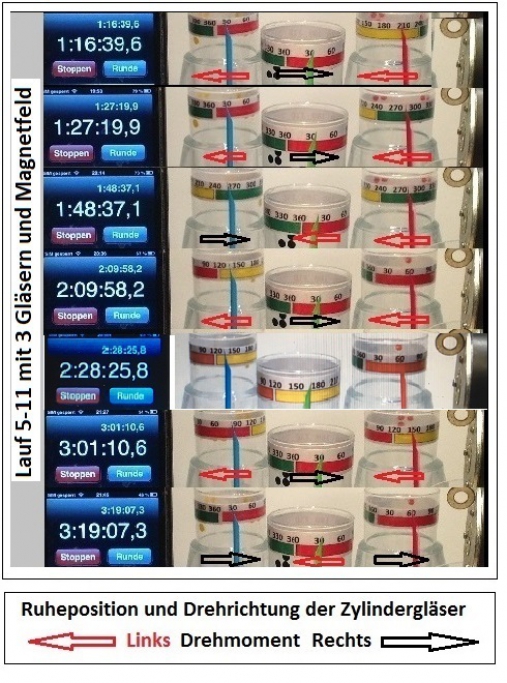 A tetragonal water memory could be an intresting approach to microbiological cybernetics, in which the hydrogen atoms and water molecules would function as basic building blocks?